What is it about driving your 4WD along the beach? Is it that feeling of freedom? Is it the smell of the salt air or the sound of the waves crashing against the shore? Perhaps it's being an early riser and laying down the first tracks on virgin beach after the overnight high tide has washed away all traces of yesterday's travels? If you ask me, it's all that, and a little bit more.

If you want to experience 'all that, and a little bit more', let me introduce you to Byfield National Park. Just like Madonna and Prince only have one name, Byfield, as the locals call it, which is just to the north of Yeppoon, is a treasure trove of adventures just waiting to be explored.

Your first taste of beach driving happens just 15 minutes out of Yeppoon, on Farnborough Beach. Access is at Bangalee, and it's about 12km of white beach north to Sandy Point. The driving along the beach is relatively easy going, however, there are a few soft spots that will catch you out if you're not paying attention. It's also a good idea to let your tyres down before hitting the beach. There are plenty of spots to stop along the beach, with palms, pandanus and she-oaks lining the dunes. For those that like to drown a couple of baits on the end of a hook, you can't go past throwing a line into the estuaries of Fishing Creek. With a name like that, I think even I'd be a chance of catching something!

Getting off the beach, it's time for the 'little bit more' that I mentioned earlier. Not only does Byfield offer up the beach, but it also offers up the bush, with stunning camping and recreation areas located on freshwater streams surrounded by ancient rainforest. Camping areas are located at Upper Stony Creek, Red Rock and Water Park Creek. My night was spent at Upper Stony Creek, where you can have a swim at the most amazing coloured waterhole or head off on the three walks that all leave, and return to, the day-use picnic area.

After the bush, it's time to head back to the beach. We're heading to Stockyard Point, Five Rocks and Nine Mile Beach now. The trip out to Stockyard point will have you passing pine plantations, skirting rugged mountain peaks, traversing massive sand dunes and driving through areas of coastal heath. Along the freshwater creeks, areas of tall eucalypt woodlands and rainforests flourish. The track east gets narrower and sandy as you enter the National Park, and from this point on, it is strictly 4WD only. A tyre pressure deflating bay is provided, and is highly recommended. The dunes in this section of the park are tall and the sand is soft. Make sure you obey the signage, and turn your UHF to ch40.

With the tide on its way in, I hit Nine Mile Beach via the Nine Mile Access Track. There is another track further south, funnily enough called the Southern Access Track, which brings you down further along the beach. If the tide was too high to pass Freshwater Creek, the Southern Bypass Track would need to be taken. Fortunately for me, I managed to get past my first obstacle of Freshwater Creek easily before the tide made it impossible. The run along the beach was easy going, as recent high tides had pushed all the way to the base of the foredunes. With plenty of hard beach, I went as far south as I could, before taking the track to Corio Bay. There's warning signs about crocodiles in the area, so it's probably best not to go for a swim, even though the water looks so inviting.

Back on Nine Mile, it's a quick run back up to the four camping areas along the open beach.These campgrounds are nestled behind the dunes, with some offering water views.

No trip to Byfield is complete without a drive down to Five Rocks. Passing through coastal heathlands and paperbark forest, the track down to the beach is a test for both man/woman and machine through the soft sand. But, this is just a pre-cursor for the exit off the beach after exploring the headlands around Five Rocks. I've only got one thing to say here, and that is to drop your tyre pressures. More than likely, you'll need to drop them some more.

A drive out to Stockyard Point, followed by a short walk to the headland should also not be missed on a visit to Byfield. The point offers up 360˚ views north to Five Rocks and Shoalwater Bay, east to the offshore islands of the Keppel Group, south along Nine Mile Beach to Yeppoon, and west across the dunes and forests of Byfield National Park and State Forest. When driving through the small fishing community of Stockyard Point, be sure to keep an eye out for the street names....

With your warm up done after your quick walk out to the point, next up on the 'Let's be energetic' list is the walk down to Little Five Rocks Beach.Yes, I did say walk down. So, that does mean that the walk back to your vehicle will be uphill.Believe me though, when I tell you that you won't be disappointed with this walk. This pretty little beach is fringed by pandanus, a sweet little stream runs down to the beach complete with waterfall, and rugged headlands stand strong at the southern and northern limits.

Another great way to work up an appetite whilst back on Nine Mile Beach is to take a walk to the Orange Bowl. The Orange Bowl is a sand blow just 250m off the beach via a well- trodden path through the foredunes. If you want to make the most of your walk, continue another 500m to the top of the sand blow for panoramic views over the beach and surrounds.

Now, I'm pretty sure I've only just scratched the surface of the things to 'see and do' in Byfield National Park, so what are you waiting for? Put your annual leave application in now and starting planning your adventure!

This blog post was written by Matt Williams, who was a guest of the Southern Great Barrier Reef. 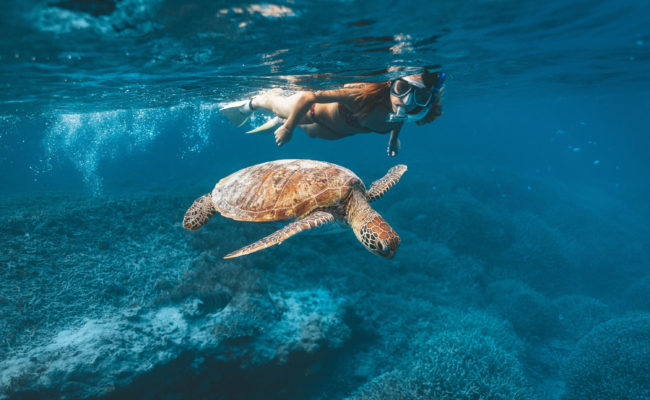 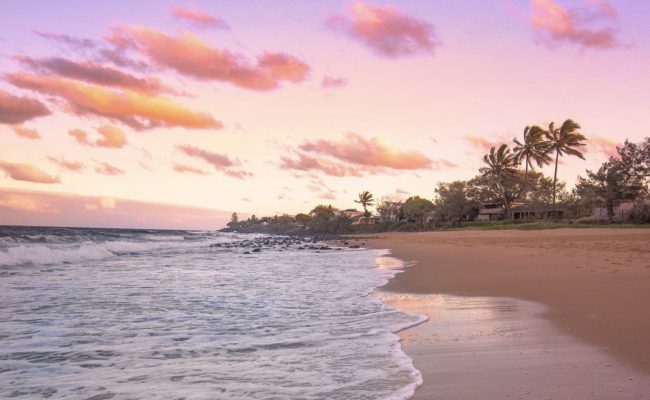 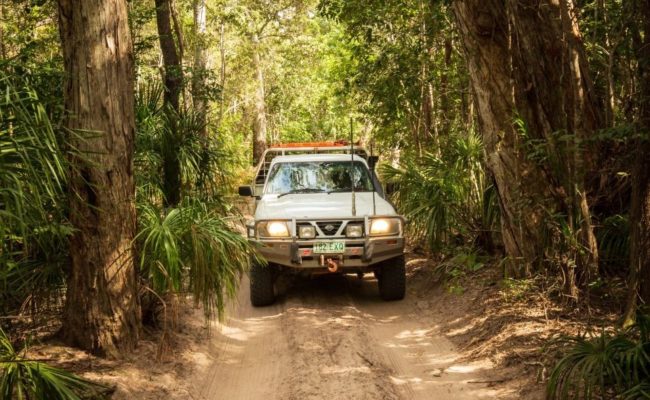 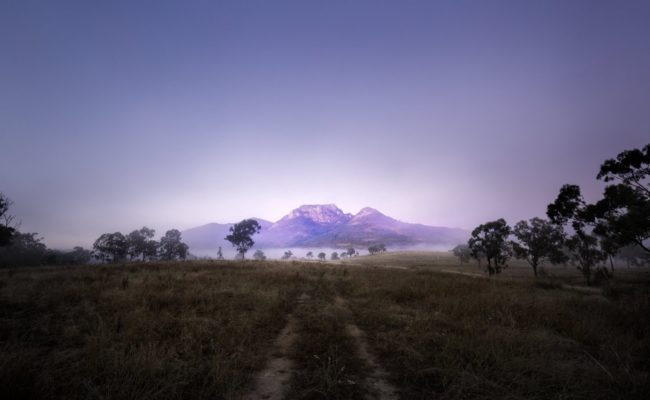 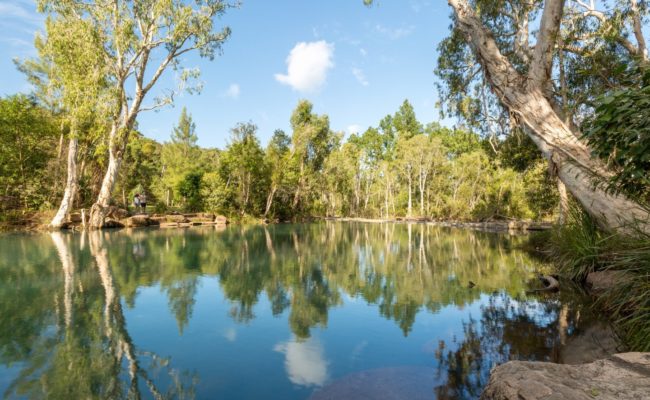 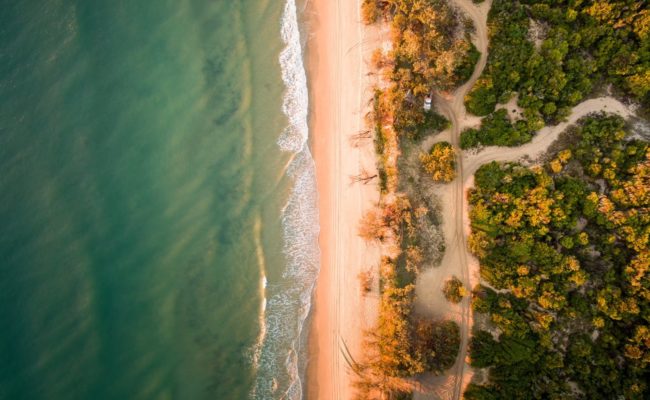 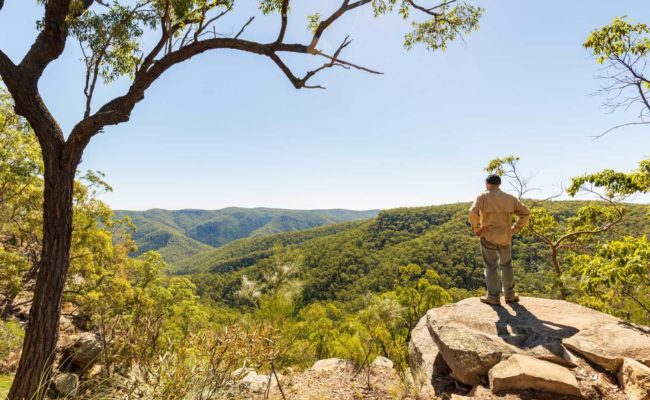 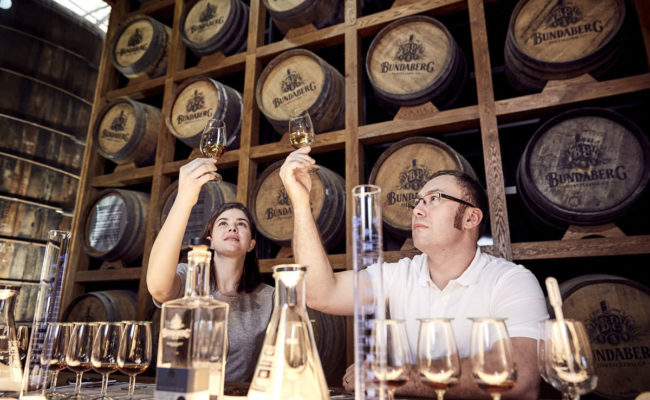 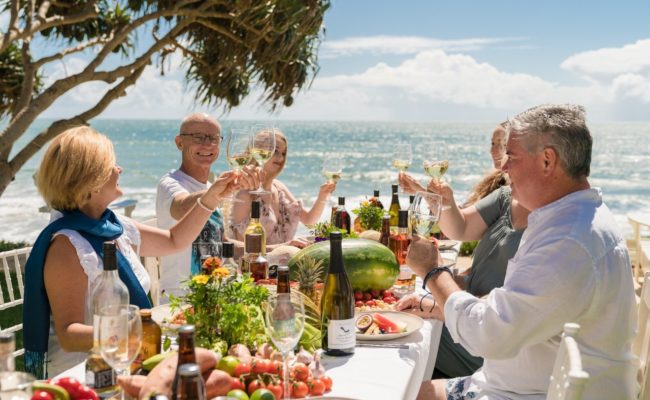